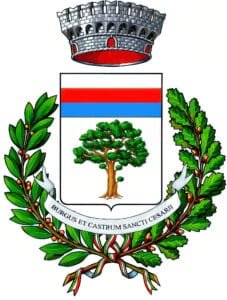 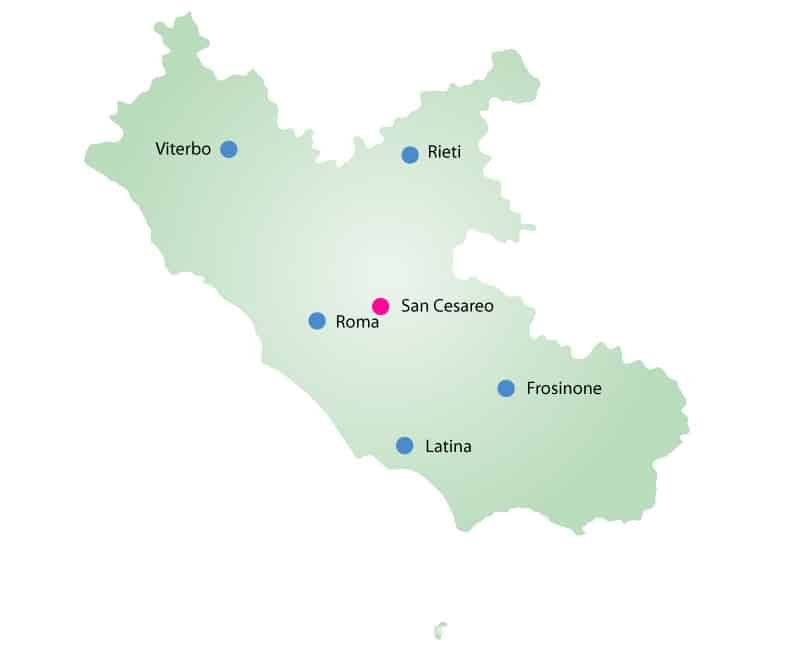 Lana is a type fresh pasta representing the traditional dish of San Cesareo, a beautiful town located on the slopes of the Alban Hills, along the path of Via Casilina. It is probable that the name derives from a linguistic corruption of the Latin term laganum, used by the poet Horace (but later also by Apicius in De Re Coquinaria) who in his sixth Satire describes his meal based on “porri et ciceris laganique”, in other words, leeks, chickpeas and lagani that, according to some experts, are pancakes or oven-baked pasta similar to modern lagane (tagliatelle). What is certain is that according to tradition, the preparation of this type of maltagliati should date back to the early nineteenth century when the lands of San Cesareo where the possessions of great noble families such as the Rospigliosi Pallavicini, at whose service numerous peasant families worked. The wives of the farm laborers who lived in Colle Marcelli, in semi-seasonal lodgings (such as wooden and straw huts), were responsible for preparing this simple pasta to be consumed during frugal family dinners. Since then, the recipe, handed down from generation to generation, has been prepared with the same simple ingredients: whole wheat flour, eggs, salt and water. Kneaded by hand, the dough is rolled on a pastry board, then left to dry on suspended wooden sticks. The dried pasta is folded back on itself and then cut by hand conferring to it the traditional triangular shape. This type of pasta is traditionally consumed with a tasty cod sauce.

Lana has a homogeneous intense hazelnut colour and holds well after cooking. Its strong aroma is characterised by the notes of cereals, flour and egg, combined with a light roasted scent. The taste is harmoniously sweet and slightly salty. Good consistency and elasticity. 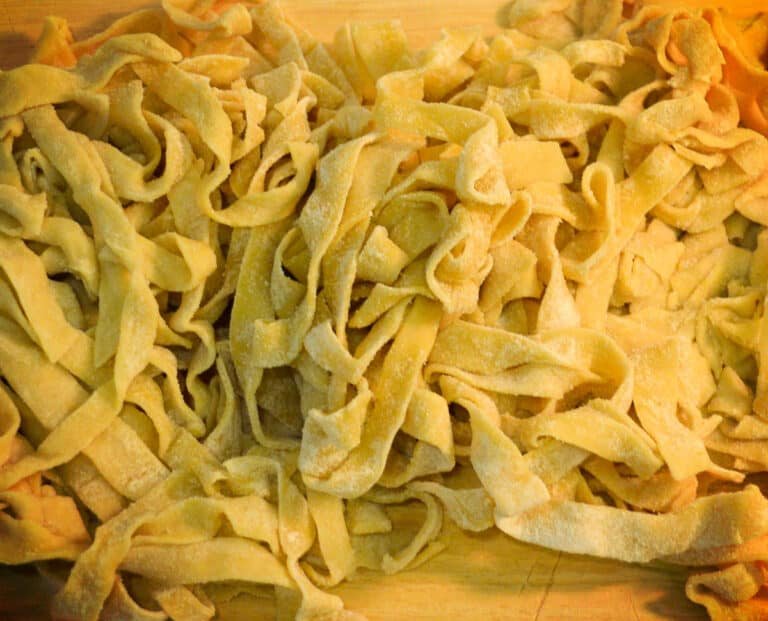 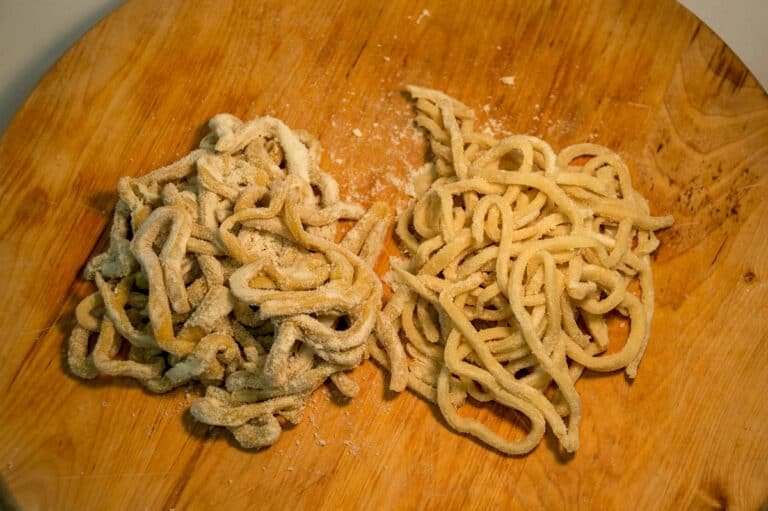